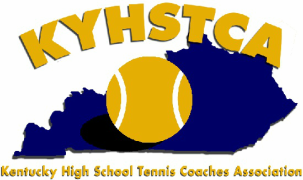 We are pleased to announce the following 3 keynote speakers and coaches for our 3rd annual Coaches Clinic. These coaches bring a world of expertise to the sport of tennis from across all levels~ from beginners to Division I athletes. They will share with us their knowledge and education to help make our players better as well as keep them engaged and EXCITED about tennis!


The panel will speak and provide useful information then do a Q&A session. Lunch will be provided as well as "tailgate fare" including appetizers & drinks for the match portion.

This is a great opportunity to invite your team members to see a collegiate match and have some team building time too!

Everyone is welcome for the 3 PM tennis match!

​In his first year, he took the Cardinal women's team to their first NCAA appearance in program history. The Cardinals, after posting a 16-8 mark and achieving their highest ever national ranking of No. 38, were selected at-large to the NCAAs, where they played Indiana in Evanston, Ill. His success was recognized as he was named the 2008 USTA Kentucky Coach of the Year.

In 2011-12, with the infusion of young talent, Beckham coached the BIG EAST Freshman of the Year in Julia Fellerhoff and a No. 4 seed in the conference tournament. Last year and carrying into the fall of 2012, Beckham put the Cardinals on the national stage. He had the highest nationally ranked doubles team of Mandy Brown and Julia Fellerhoff, the highest ranked singles player in Becca Shine with Becca Shine making the quarter finals of the ITA Singles Regional and Fellerhoff making the ITA Singles Regional Semi-Finals.Velasquez and Amelia Harris made the ITA regional semi-finals as a doubles team in Fall 2011 and Fellerhoff and Shine were invited to the ITA All-American Tournament. Fellerhoff and Shine both were named to the All-BIG EAST first team.

In 2012-13, Beckham led the Cardinals to an unbeaten record at home and a semi-final finish in the BIG EAST. Highlights in the spring of 2013 included upset wins over the Big Ten's Minnesota and Wisconsin and the ACC's Wake Forest. Fellerhoff and Shine were both ranked by the ITA in the Top 100 in singles going into the spring season and were both named to the All-BIG EAST Team. In the fall of 2013, Fellerhoff and Shine won the ITA Regional Doubles Championship and advanced to the ITA National Indoor Championship where they finished as runners-up, earning a No. 2 ranking, the highest ever doubles ranking in Cardinal history in either men's or women's tennis. To top it off, Beckham put together the No. 16 ranked recruiting class in the nation.

In 2013-14, the Cardinals saw their famous pair of Julia Fellerhoff and Rebecca Shine earn All-AAC honors, with Shine being named ITA Most Improved Senior . Shine reached the century mark in doubles wins became the all-time singles wins leader at 104. She also notched her 102st victory in doubles placing her second on the all-time doubles list. Fellerhoff and Shine became the first Cardinals ever to advance to the NCAA National Championship and the No. 20-ranked pair competed as a doubles team. Fellerhoff went undefeated at home in singles over her last two seasons with a perfect 16-0 record at the Bass-Rudd Tennis Center.

"We were thrilled to have the opportunity to promote an individual from within whom we believed would position us for national contention and that hunch paid off huge dividends," said UofL athletic director Tom Jurich. "Mark is a great teacher of the game and a highly respected coach. He continues to take the program to new heights."

Beckham's responsibilities as an assistant with the men's program have included helping with individual workouts, recruiting, match coaching, practices and camps. He was instrumental in the Cardinals' success, including a program-high No. 12 team ranking, two conference championships and five NCAA appearances.

"I felt fortunate to get the opportunity," said Beckham. "I worked with one of the top coaches in college tennis in Rex Ecarma and I was ready to take on the leadership as the head coach for the women."

Beckham brings with him a wealth of experience as a player and a coach. Beckham, a four-year letterwinner at UofL, finished his playing career for Ecarma in 1992. He continued his association with the Cardinal program by signing on as a part-time assistant coach in the fall of 1992. "I think my players are eager to be put in a situation where they are challenged to max out and enjoy the experience," said Beckham.

A Louisville native and former high school All-American at Eastern High School, Beckham was ranked second in the state of Kentucky in singles as a junior. He began playing tennis in Louisville's Chickasaw Park program under the oversight of Arthur Johnson, who is in the Kentucky Tennis Hall of Fame. Beckham completed his degree in middle school education at UofL in the spring of 1994. He has served as the assistant tennis pro at the Louisville Country Club. In 1997, Beckham played No. 1 doubles on Team Kentucky, which qualified for the National Adult Tennis Championships.

Mark and his wife, Christina have a son, Ashton and a daughter Alaina.